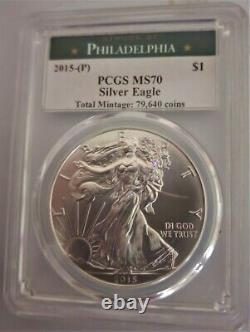 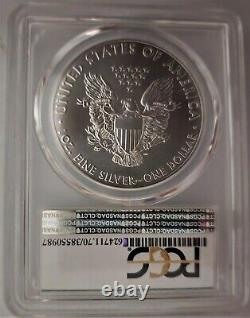 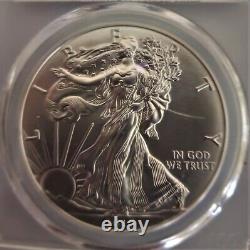 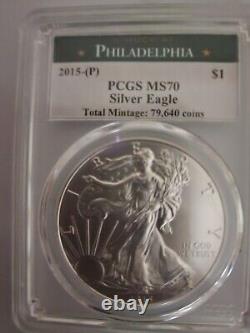 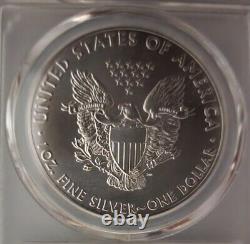 2015 (P) American Silver Eagle. This was a big Mistake at the Mint.

The planned 47,000,000 2015 coins were struck that year, but one shift messed up, and the P was erroneously added to slab. Good news for those who were lucky enough to find these few in a small number of "monster boxes". The Treasury Department tried to deny it and cover it up, but those pesky "P" minted slabs just would not disappear. I have 3 of them, so the certification numbers will vary. These coins are all in perfect MS70 condition, having been stored in a low humidity environment for the last 7 years.
No scratches, smudges, nor milk spots. This is the big mystery, and there is more than one story trying to explain why these coins even exist. Most agree that this was a mistake. If not why was production stopped at 79,640 (for whatever reason) and only 103 exist in MS 70 in NGC registry? That is 4 1/2% plus whatever PCGS has As far as I can tell, PCGS does not even acknowledge their existence.
Maybe you have had better luck finding them in the PCGS registry than I have. But for whatever reason, the number of the 2015 (P) in a MS70 is extremely low This coin has one of the lowest mintages you are going to find.
The only way they had to tell if it is not one of the 47,000,000 2015s is that there is no mint mark on the coin, (But it is in conflict with the slab). These coins were discovered using the 5-digit serial numbers on the green monster boxes beginning with the number 1. The only way to confirm if it is an authentic Philadelphia mint Silver Eagle is to send in one of these sealed monster boxes to a grading service. That was done as soon as the dealers discovered them.
The mint purportedly tried to hush up their mistake for a couple of years. Others have come up with the conspiracy theory that it was just a marketing ploy. To many of us coin lovers we look at just the facts. Nothing will change the facts, and the rarity of these slabs.

This item is in the category "Coins & Paper Money\Bullion\Silver\Coins". The seller is "pignfixit" and is located in this country: US.

This item can be shipped to United States.