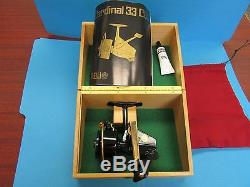 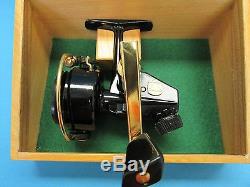 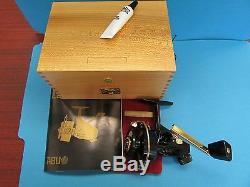 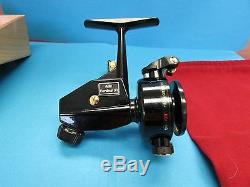 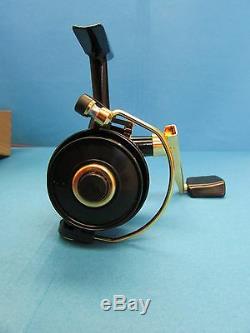 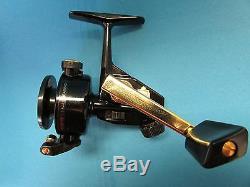 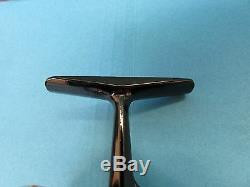 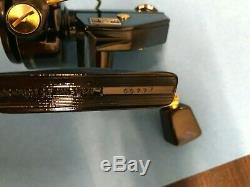 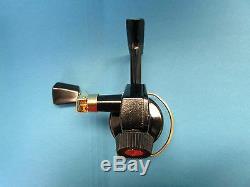 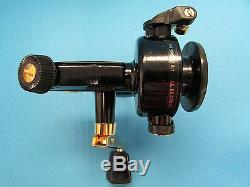 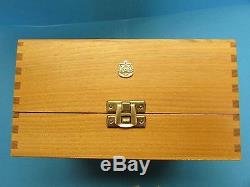 This beautiful and VERY RARE ABU CARDINAL 33 CDL reel is BRAND NEW in the original Teak wooden box serial numbered 777 (NO GC). Cousin to the famous Zebco Cardinal 3 and Abu Cardinal 3,33 reels!! Also included is the red velour bag, gold plated name plate, Abu oil tube, and the original CDL schematics book, everything is pictured. I personally bought this reel on its release in the 90's and have stored it since then, this is the first time I have taken it out of it's box since I bought it!!
I carefully inspected the reel and I see no flaws it look just like it came out of the factory, MINT NEW 10/10. The history of these reels is as follows, the GC series that are serial numbered between GC1-500 were part of a special Ambassadeur series of 10 reels and the Cardinal 33 CDL reel was included as a special gift for purchasing that set. The distributor at that time in the U. Abu Sweden found out and cut the contract with that distributor shortly after. That is why you see mostly GC series 33 CDL reels.
Abu also released the 33 CDL as an individual reel between the numbers of 514 to as high as I have documented 926, there has never been any information released on how many were actually produced without the GC initials. Abu Japan also released this model reel about 10 years ago as a special edition with 500 units being produced but they were made in Japan not Sweden and the gold plating and the quality is not even close to the original Swedish made version! I will help all international buyers with their custom form needs! The item "ABU CARDINAL 33 CDL ORIGINAL RELEASE SERIAL #777 ZEBCO NEW MINT VERY RARE" is in sale since Saturday, February 1, 2020. This item is in the category "Sporting Goods\Fishing\Reels\Spinning Reels". The seller is "cardinalparts" and is located in Niagara Falls, NY. This item can be shipped to United States, all countries in Europe, all countries in continental Asia, Canada, Australia, South africa, Bahamas, Mexico, New Zealand, Brazil, Chile, Colombia, Panama, Jamaica, Barbados, Bolivia, Ecuador, Egypt, Cayman islands, Nicaragua, Paraguay, Reunion, Uruguay.