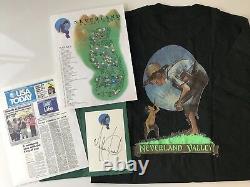 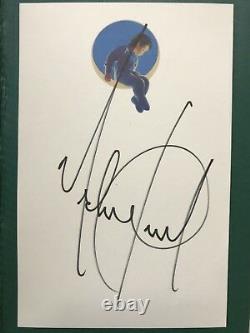 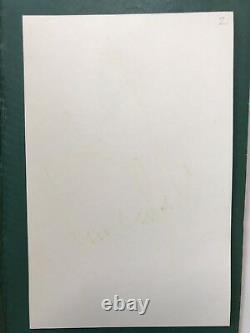 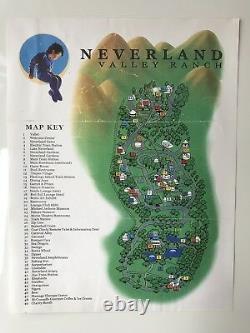 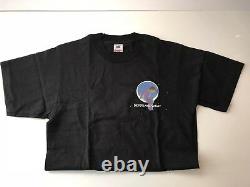 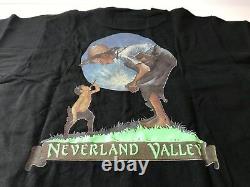 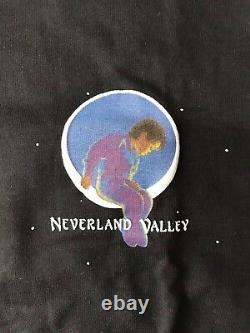 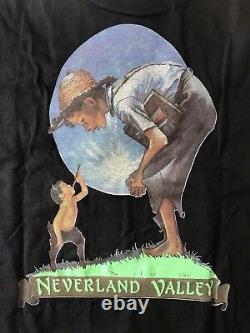 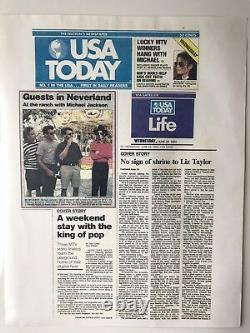 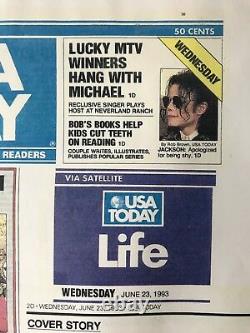 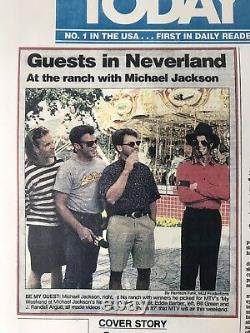 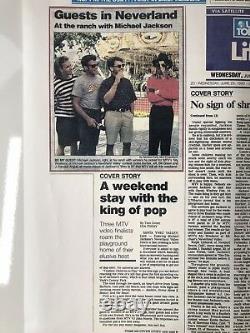 Exclusive and very Rare Michael Jackson Neverland Valley signed Lot. Neverland Valley stationary signed by Michael Jackson in a black sharpie- clean and just awesome!! Size of the signed stationary is 4.24 wide, 6.5 length. Rare and have never seen another! Neverland Valley extremely rare/ exclusive T-shirt with logos on front and back!!
Brand New and never worn. Shows folds in the map. USA Today article color copy of full article from Wednesday June 23,1993 from the person I received from originally J. (Pictured in shorts next to MJ).
Bought this around 2002 from the person pictured in the image of the USA Today article J. Randall Argue who with other two MTV video finalists won with videos of Jacksons song Who is it? And was able to roam the playground home of Michael Jackson s Neverland Valley ranch in Santa Ynez Valley in California back in 1993! This is original and authentic items. Although this doesnt come with a COA, I received this from the actual guest pictured and named in the USA Today article years ago.
These items have been stored and kept fresh and clean and ready for a new home to be displayed. Michael Jackson opened the ranch up to the three winners from the MTC contest, and a few other guests for the day. A total of 3,700 entries were originally received, then later down to only ten by MTV. Michael Jackson then selected from the ten these three pictured and one of which I received these original and very rare priceless items from - J.
The Three (3) finalists were able to stay in the guest house with full access to the ranch. When originally received from Mr. Argue he told me that he wanted of course to get something signed by Michael and thought it would be fitting to have him (Michael Jackson) sign one of the Neverland Valley stationary from the room he was staying in while there at the Neverland Valley ranch which is pictured. He was able to get two signed, this the number 2 is on the back for his reference. He kept one and I received the other.

The t-shirt was given to him from Michael as part of the grand prize package and experience at the Neverland Valley. The map was in the room and was used by the winner during the day to get around and find their way they were able to roam freely outside of the planned activities!! Again these items are extremely rare and in perfect condition.

Any other questions please feel free to ask ok. Want these items to go to a good home and to be preserved and enjoyable for years to come. Kind regards and hope you will appreciate this as much as I have. The item "Michael Jackson Autographed Neverland Valley Lot Exclusive & Very RARE! 1993" is in sale since Friday, April 23, 2021. This item is in the category "Entertainment Memorabilia\Music Memorabilia\Rock & Pop\Artists J\Jackson, Michael\Other Michael Jackson Mem". The seller is "surf7722" and is located in Jersey City, New Jersey. This item can be shipped to United States, Canada.